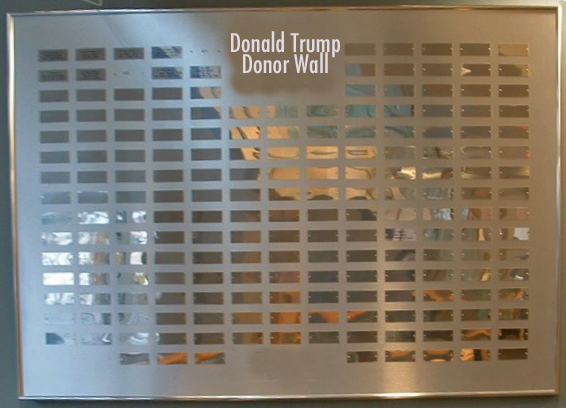 Email from Donald Trump, Jr. addressed to me. 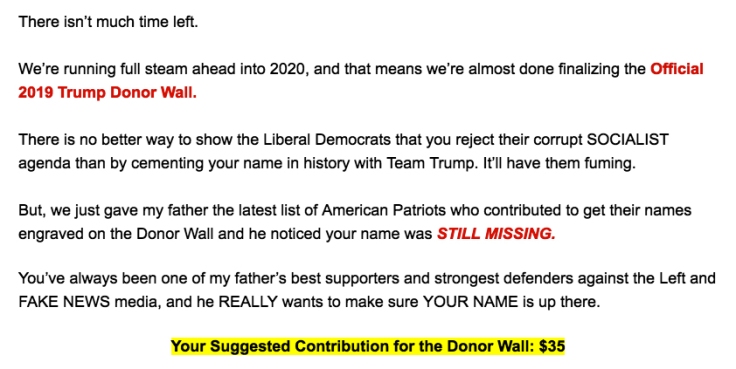 In this message, Donald Trump Jr. states that I’m one of the President’s “best supporters and strongest defenders.” Several months ago, I responded to a survey up to the point where a donation was required. Since the form wouldn’t take negative numbers or zero, I left it blank.

I think it’s strange that these appeals always focus on having your name appear on a list or a wall. Alas, Donald Jr. just gave the President “the latest list of American Patriots who contributed to get their names engraved,” and he noticed my name was STILL MISSING.

My name will continue its absence from President Trump’s donor wall. I wonder where that wall is located. Maybe along the Colorado border?

One thought on “My name is still missing from his wall….”