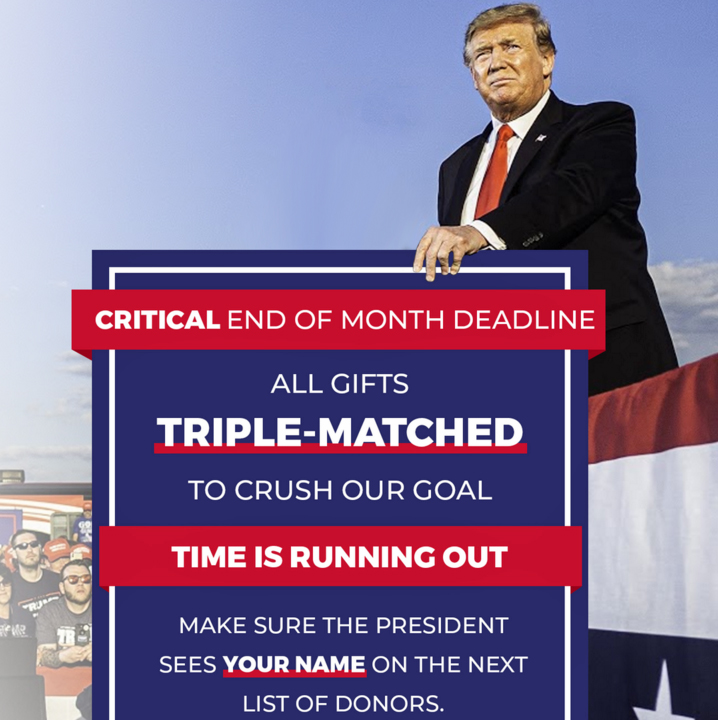 My comments while attending a fictitious political rally for the now fictitious Republican Party….

What’s up with the emphasis on our president seeing my name on his list of donors? Can’t you picture him carefully reviewing the list while sitting in the Oval Office, and taking note that I’m represented among his contributors. (Murmurs in the back from guys with red hats.)

Rather than spending time between tweets looking at the names of donors, he should focus on improving the infrastructure of areas he’s so quick to criticize as rat-infested places where no humans would want to live. Since he’s the leader of this country, maybe he could work on the areas he sees as uninhabitable. Curiously, the locations he badmouths are areas populated by minorities and darker skinned tone citizens, not lighter skinned folks that he tends to favor. (White man in a suit shouts “race card!”)

My name will not appear on his list! (“Boos” from ladies in the front row.)

Evidently President Trump really wants to see my name on his donor list. Donald J. Trump asked specifically if my name, Kindly, is on the list yet. What shall I do? I hate for him to be upset with me! What shall I do? (“Repent of your sin,” yells a red-faced man in a suit with a wide lapel. “Heathen!” yells the lady at his side.)

Seriously, who writes these fund raising appeals, Jerry Falwell, Jr.? You’d think donors are garnering favor with some supernatural and all-knowing being. (Yes, he’s God’s man!” shouts a fella with white sheets in his hands. I run for the parking lot.) 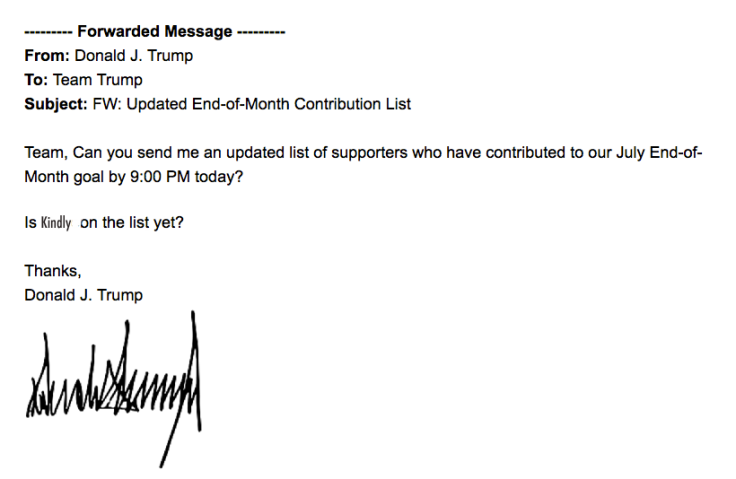 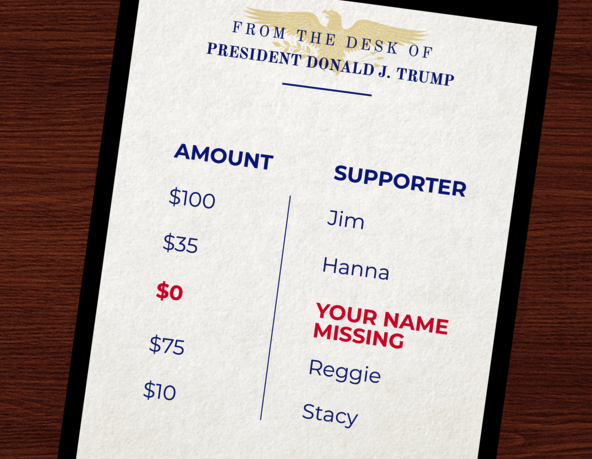 The focus on the president seeing my name on his wall continues. Had to laugh at the “don’t share this officer” statement. Exactly what kind of person are his donor appeals targeting? I’m sure that by now he’s noticed my name’s not there….  ~Kindly 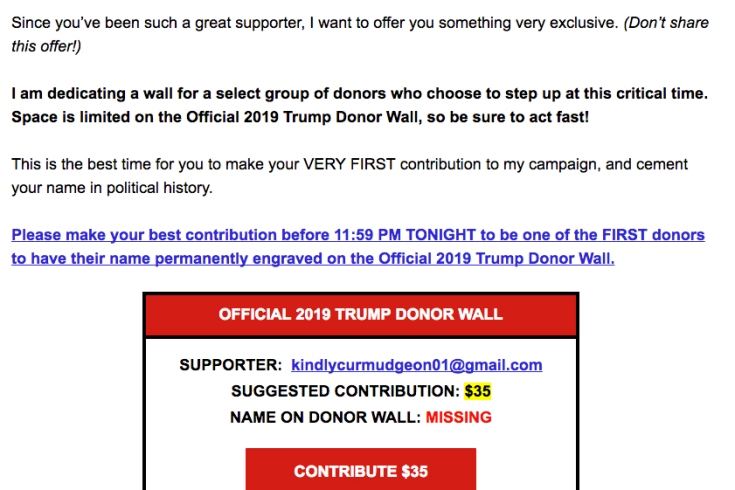 2 thoughts on ““Make sure the president sees your name…””