When I saw this tweet, I was reminded that there is incompetence in all professions. Matt Gaetz, a congressman from Florida, deleted this tweet, but once you say something, it’s said. I wonder why he felt the need to remove this so quickly? Could it be…I don’t know, incompetence, stupidity, or is he trying to influence what Michael Cohen says in his testimony? Smells like witness tampering to me.

Gaetz apologized in the tweet below after being called out by Nancy Pelosi, Speaker of the House of Congress. 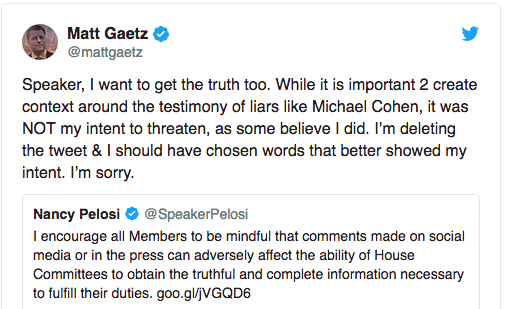 Looks like DJT is quite the fan of Gaetz. Maybe Gaetz would like to apply for Trump’s “fixer position” since his last one has fallen out of good graces. The following is on Gaetz’s website hompage. 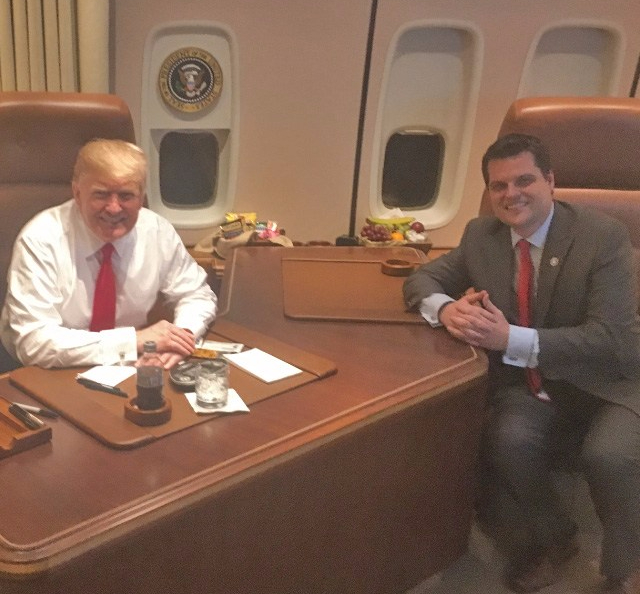 One thought on “Is this Gaetz guy actually a lawyer?”