The President of the United States was asked about his goals for a meeting with the leader of Russia. Since the US President often states that he is a great negotiator, I spent a few minutes transcribing his exact words in response to this question, thinking they might be instructive to others who are planning important meetings in the future.

“Ah……I’ll let you know after the meeting. I have absolutely…it was mutually agreed, let’s have a meeting. I think it’s a good thing to meet. I do believe in meetings and look I believe having a meeting with Chairman Kim was a good thing. I think having meetings with the president of China was a very good thing. I believe it’s really good. So having meetings with Russia, China, North Korea, I believe in it. Nothing bad is going to come out of it, and maybe some good will come out, but I go in with low expectations I’m not going in with high expectations. I don’t really…I can’t tell you what’s going to happen, but I can tell you what I’ll be asking for and we’ll see if something comes of it.” 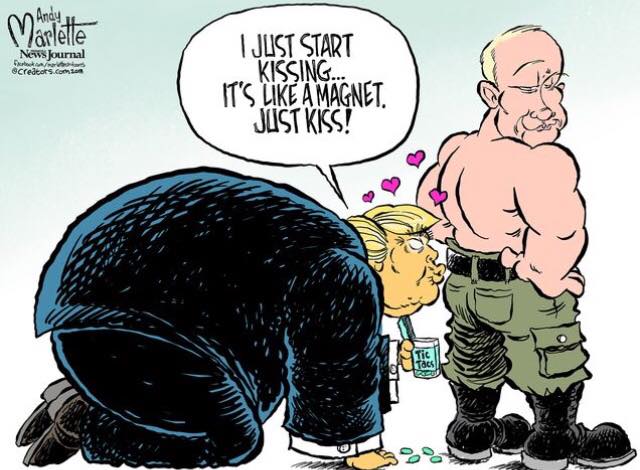 This political cartoon effectively summarizes what came out of the meeting.